On Thursday 11th March 2010, I had arranged a very special ‘MasterClass’ at the Oxford College of Garden Design with Landscape design legend, John Brookes. 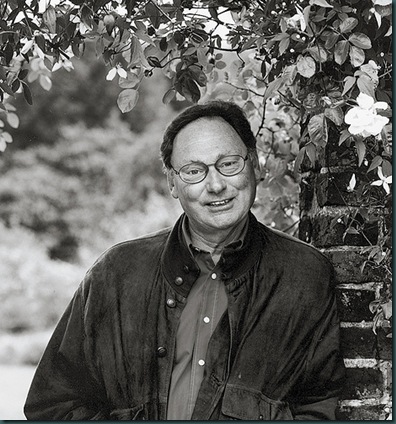 I’m not exaggerating when I say that he is the most influential garden designer of the 20th Century alive today and we were very honoured to have him talk at St Hugh’s College Oxford, as he rarely agrees to speak at these types of events anymore.

John, now into his 70’s, has a career spanning nearly 50 years and without his contribution to the world of garden design, I suspect that many of us, would not be in practice today.

His 24 best selling books kick started the garden design revolution back in the 60’s and continue to play a major role today.

Books like the Room Outside and the The Garden became hugely popular all over the world and have influenced two generations of home owners and landscape designers alike.

At a time when the garden was little more than a place for drying clothes and growing vegetables, he coined the phase ‘the room outside’ and so introduced the world to the concept of the garden, as an extension of the living environment of the home.

John will undoubtedly go down in history with the likes of Russell Page and Thomas Church, but when I asked him at the end of his talk during the Q&A session “what he wanted his legacy to be” he quietly replied that he “just wanted someone to look after his gardens”

Such modesty from someone so influential, touched many in the 60 strong audience including myself. A lesson several others in our industry (who shall remain nameless) would do well to remember.

Extracts from the John Brookes MasterClass